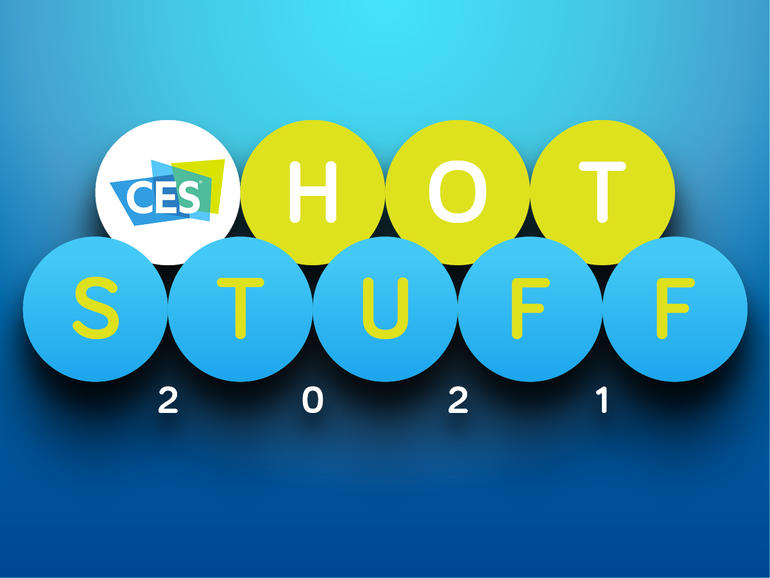 CES 2021: The world’s largest tech trade show ‘CES 2021’ is being held virtual this time. In this event,  LG, Samsung, Sony are present with their new and fancy gadgets. 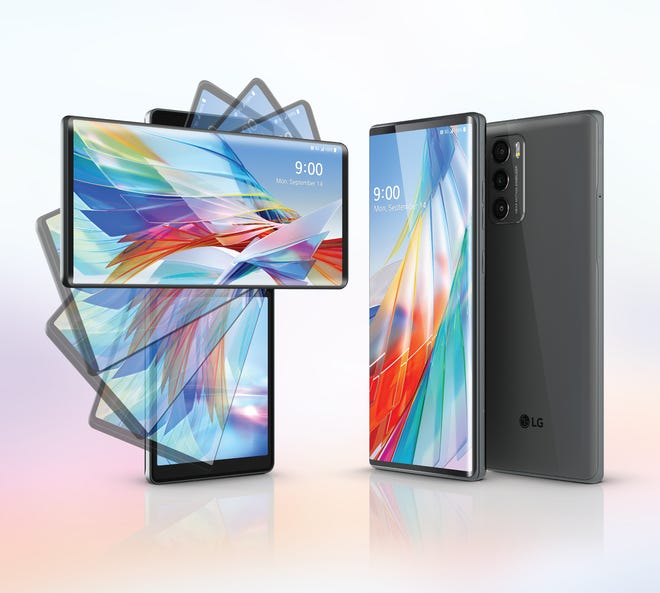 LG is making a roll-out smartphone, it has been stamped. LG gave information about this at CES-2021. By the end of this year, LG may launch a rollable smartphone. Although no glimpse or specification of this phone was shown, but after launch, this device can give a tough competition to Samsung’s folded phone. OPO has also recently demonstrated a similar concept phone. On the other hand, LG definitely showed a glimpse of its Transparent TV at this event. It is fitted in a ‘smart bed’ and the head of the bed moves out when given a command.

2 Robot will also do security along with cleaning 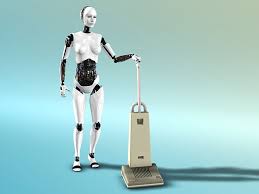 Samsung introduced its smart robot vacuum ‘Jetboat 90 AI’. It not only cleans the house, but also acts like a home security camera. Samsung is preparing to launch it in the US in the first quarter of this year. Price has not been revealed. The company also showcased many more gadgets. These include a four-door flax fridge. The company also showcased new Neo QLED TVs with mini LED technology. It is claimed that they give better contrast. It is expected that Samsung may bring this technology to its new TV this year.

Sony is preparing drones for filmmakers and content creators. Sony did not provide much information, but showed a video that explained that the drone can fit a professional camera and it will be the smallest drone of its kind. The company announced the project in November 2020. It is believed that this drone may be available very soon this year. 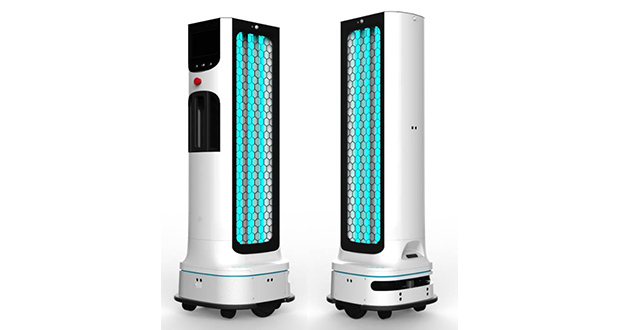 Equipped with UV light, this robot protects from infection. It can be used to eliminate bacteria in places like hotel classrooms, gyms, restaurants. Easy mapping function has been used in robots with various types of advanced sensors. Through this it navigates itself. It has a built-in safety lock for automatic shutdown. Also, when any movement is detected, it automatically closes itself. 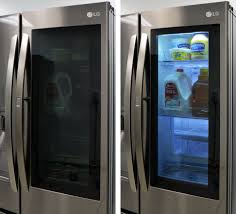 It is a side-by-side refrigerator equipped with door-to-door technology. It is painted black. The special thing is that after knocking twice on the black door it becomes transparent. The user can comfortably view the stuff inside without opening the fridge. This refrigerator is equipped with many advanced technologies. Its water dispenser has UV lights, which will clean the nozzle on its own. It collects snow in three ways – cube, crush and round. 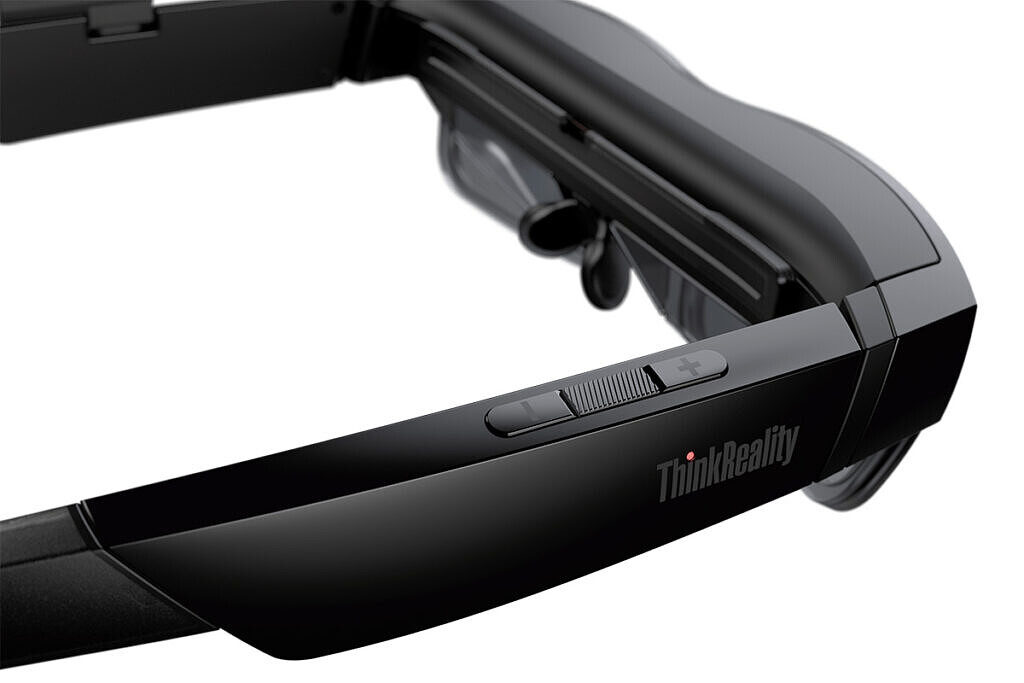 The glass has a stereoscopic 1080 pixel display. With this, the user can create 5 virtual displays. The company claims that ThinkRequality A3 can be used for a variety of tasks including 3D visualization, customized virtual monitors, AR Assist workflows. It will start selling by the middle of this year in select markets. The company has not made any announcement regarding the price. It has an 8 megapixel camera, which does 1080 pixel video. Also, there is a dual fish-eye camera for room scale tracking. 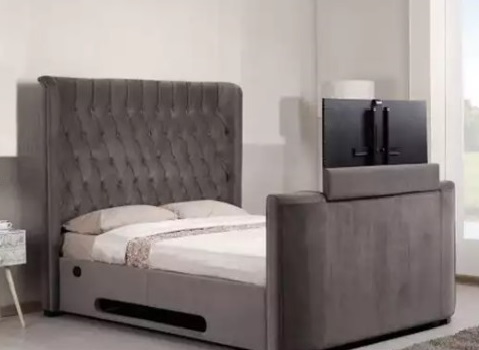 Display will come out from user’s command There is a 55-inch OLED display on the other end of the bed, which will exit only when the user gives the command. This will not only analyze the sleeping pattern of the user but will also act as an alarm clock. In this, display functions will be seen just like regular TV. Video-movies can also be seen on it. It has in-built speakers. The company claims that it can be installed anywhere, conveniently.

8. Hyper Screen: Car dashboard will be made full screen 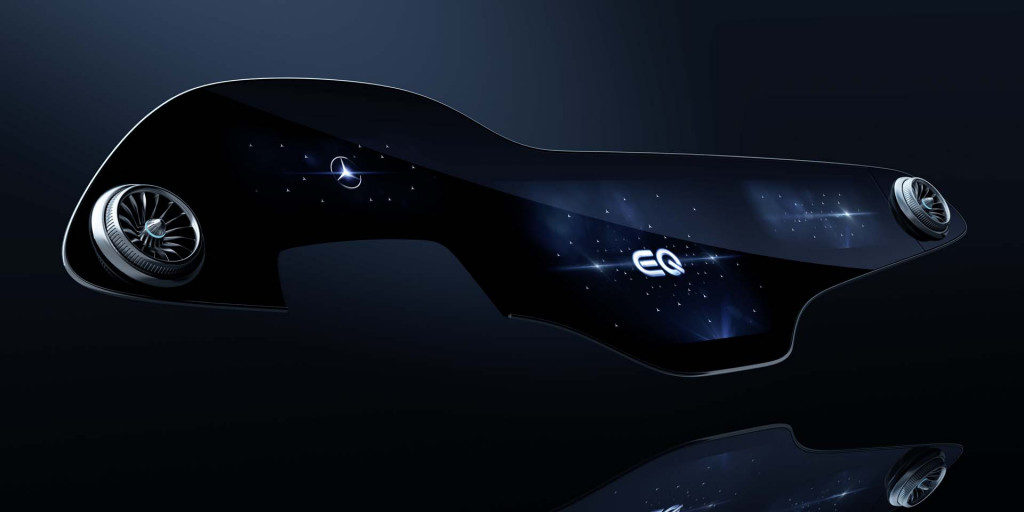 German car company Mercedes has introduced a new ultra-wide hyper screen, which is equivalent to the car’s dashboard. That is, the entire dashboard of the car will be a screen. The special thing is that the screen is equipped with AI capability, which will give the user personal experiences of infotainment, comfort and vehicle function. This screen will first be used in the Mercedes-Benz EQS Electric Limo. This screen will act as a personal assistant for people who drive. At the same time, some experts say that such dashboards will distract the attention of people, which will increase the chances of accident 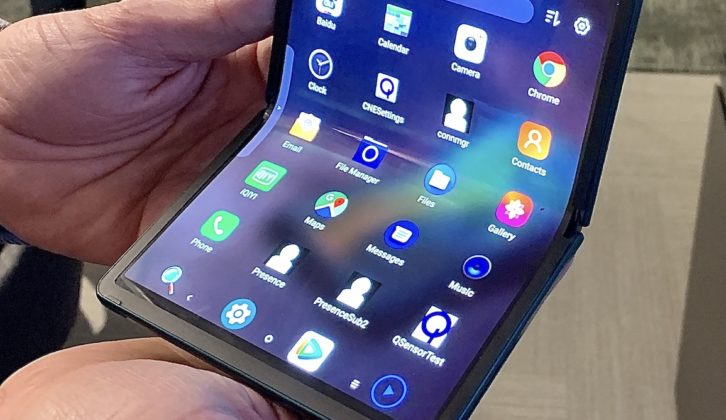 TCL too showed a rollable phone concept at CES 2021. In a video of the concept device, TCL demonstrated a concept device with a 6.7-inch rollable screen that transforms into a 7.8-inch tablet with “a simple tap of the finger.” TCL says the user interface will be adaptive, though the company didn’t show the UI in action. TCL first teased a rollable concept last year, but it was merely a dummy prototype. In addition, the company also showed a new 17-inch printed OLED scrolling display that unfurls like a scroll.

Mercedes launched the new electric car at CES 2021. In this program, it has been said to install a 56-inch curved cinema screen. However, the company is working on it. Samsung unveils curtain on new TV of Neo QLED series. The curtain was removed from the TV by the LG company. However, it remained the subject of discussion throughout the show.

Intel showcased its new chipset with the codename ‘Elder Lake’. It is more powerful and saves battery. May come in the second half of this year.

TCL also showed its rollable phone. Its size is 6.7 inches and on single tap the screen rolls and turns into a 7.8 inch tablet.

Qualcomm is ready with its second gen ultrasonic fingerprint sensor.

It makes them appear even if the fingers are wet or dirty. This year’s flagship phones may come. 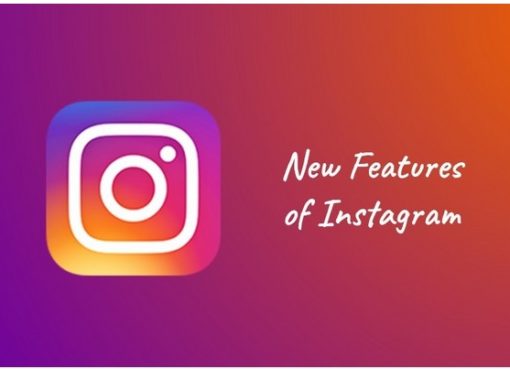 With the new feature of Instagram, users will get this big facility

The biggest problem of WhatsApp users is solved! This new feature will make work easier 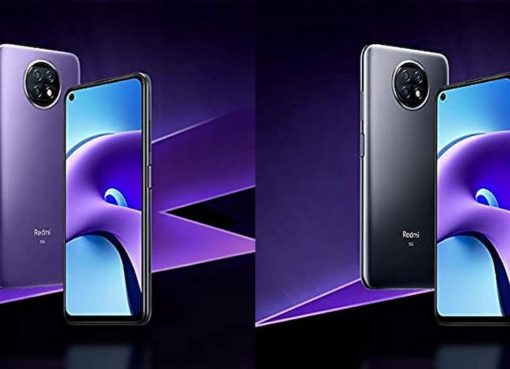